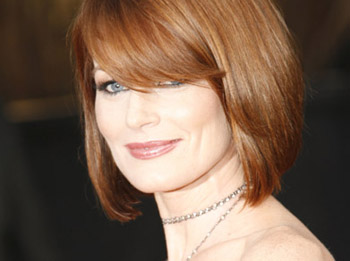 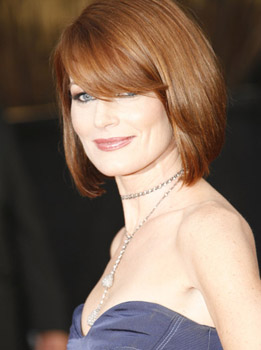 The Bitch is Back!

Doug Savant (ex-Matt, MP; now Tom, Desperate Housewives) may be past his Melrose Place days according to co-star Marcia Cross (ex-Kimberly, MP; now Bree, Desperate Housewives), but Savant’s wife certainly isn’t. Yes, that’s right, classic Melrose fans.  Laura Leighton (Sydney) is reprising her role as the catty conniver on the reboot of the primetime soap!  What’s that you say?  Our darling Sydney died at the end of season five?  No, no.  While the sexy seductress was thought to be the victim of vehicular homicide on her wedding day, it turns out, Sydney was merely presumed dead.  The role is recurring, but according to the Hollywood Reporter, Sydney will be the landlord to a new group of twentysomething tenants.  TVSource Magazine couldn’t be happier over this particular casting coup.  For new viewers, Sydney wasn’t just your everyday vixen that never got the guy, she had heart.  And she still gave viewers that healthy dose of bitch that the original series was famous for.

Leighton’s casting on the show is said to be in the same vein as Jennie Garth’s reprisal of Kelly Taylor on the 90210 reboot.  No word on whether Sydney’s goody two-shoes sister, Jane (Josie Bisset), will reprise her role.  What we do know is that in the age of Oscar nominees taking roles in summer blockbusters for $400,000 (see: Mickey Rourke, Iron Man 2), actresses who have lost their magic should not be demanding $100,000 per episode to recur in a new television series on the CW.  Heather Locklear’s loss is Laura Leighton’s gain.  The actress, who enjoyed a recurring role on Beverly Hills, 90210 after her Melrose days, has spent her time raising her daughter with Savant, while fitting in the occasional guest starring role and starring in a several made-for-tv movies.

Also joining the cast is Shaun Sipos (Shark), will play David Patterson, the bad boy with smoldering good looks who grew up as a rich kid, but has been cut off from his family money.  David also happens to be the son of Jake Hansen (Grant Show).  No word on whether Sydney’s ex will show up on the new series, but Show told TV Guide last fall that if he wasn’t tied to a contract, he just may do it, so long as he was free to take other projects.  The actor is currently appearing on ABC’s Private Practice and also picked up a pilot, Accidentally on Purpose, with Jenna Elfman.  We have to wonder, was this an accidentally on purpose move to take Show out of the running for the reboot?  Still, how can they do Melrose, Sydney and Jake’s son without the original 90210/Melrose crossover himself, Jake?