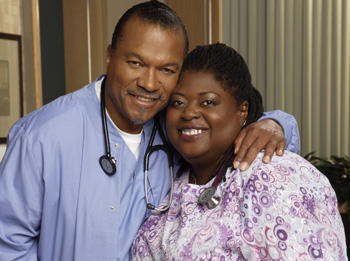 Billy Dee Williams, who starred in two seasons of the SOAPnet original series General Hospital:Night Shift, will reprise his role of Toussaint DuBois on the series’ daytime counterpart, General Hospital. Last the fans saw of Toussaint, he had gone out on tour with The Saints who had recently reunited. According to an article posted on SOAPnet.com, The Saints have canceled the rest of their tour due to the lackluster economy. Toussaint will return to his former job as a janitor for General Hospital.

Williams has had extensive career in acting, beginning in 1964 when he guest starred in The Defenders. He went on to appear in several primetime series such as Mission Impossible (1971), Dynasty (1998-85), Wiseguy (1990), Lonesome Dove:The Series (1994), The Hughley’s (1999-2001), among others, but probably best known as Lando Calrissian in Star Wars: Episode VI – Return of the Jedi, Star Wars: Episode V – The Empire Strikes Back, Robot Chicken: Star Wars Episode II, Empire of Dreams: The Story of the ‘Star Wars’ Trilogy. He has also appeared in several daytime dramas including Another World, and Guiding Light.