The 36th Annual Daytime Emmy® Awards will air LIVE tomorrow night from the historic Orpheum Theatre in Los Angeles, CA at 8PM/EST on The CW. TVSource Magazine will be live blogging and tweeting during the ceremony, as we did when the nominations were announced in the spring. In addition, clips will be available via our video portal throughout the night.

The pre-show, featuring interviews and fashion will air 7PM/EST and will be hosted by Lara Spencer and Kevin Frazier.

Below are our predictions for the major categories. We give our picks for who should win and who we think will win.

Will you be watching the Emmy Awards? If so, tell us your predictions. After the show, feel free to send in your feedback on the awards. Who was robbed? Who was the most deserving? Love or hate an outfit worn to the ceremony? Send it all to mailbag@tvsourcemagazine.com.

Remember to check out our official blog & twitter for updates during the ceremony! As well as a fashion gallery, highlighting some of the best dressed on the red carpet! 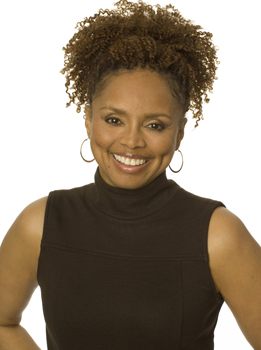 OUR TAKE: Jeanne Cooper may have even had a stronger year last year than she did the year before when she won this category. However, Debbi Morgan is coming off of an 18 year absence from All My Children and her reunion with onscreen partner Darnell Williams was can’t miss last year. Jesse & Angie’s train station reunion to Alicia Keys’ "Like You’ll Never See Me Again" was epic. Morgan should win on that alone. Not to mention, it’s nice to see some diversity in a genre so lacking. Morgan is a force to be reckoned with, and we think she just may have what it takes to beat out the legendary Ms. Cooper. Another strong contender is Susan Haskell, who submitted the scenes where an amnesiac Marty confronts Todd (Trevor St. John) about raping her years ago. 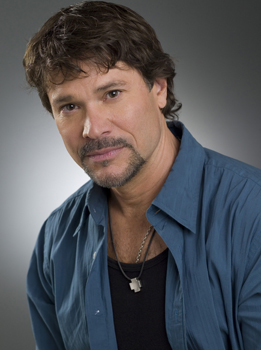 OUR TAKE: Days of Our Lives has long been ignored at the Emmys. This year, they’ve racked up a slew of nominations. The plane crash storyline gave Days a lot of momentum year. It involved much of the cast, and it brought out good story. Reckell submitted scenes where Bo’s guilt over his father’s sacrifice consumes him.

Christian LeBlanc’s reel where Michael wonders what life would have been like without him could score him another trophy, but we think Reckell’s got this one sewn up

If Tony Geary wins off of that mockery that was Luke’s trip to heaven, well we just won’t know what to do with ourselves. 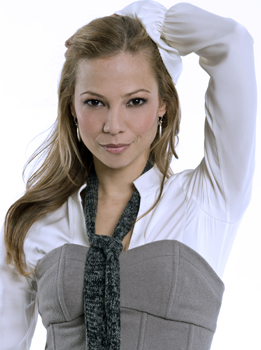 OUR TAKE: Supporting Actress is a category that is quite hard to choose. Made of beautiful and talented performers, there are two who, in our eyes, have the strongest chance of taking home the Emmy.

It’s no secret that Tamara Braun is one of casting director Mark Teschner’s all-time greatest finds over at General Hospital. After leaving General Hospital in 2005, Braun has stayed away from soaps — that is until the Writers Strike of 2007-2008. And we couldn’t be more grateful. Braun returned to soaps with a strong, multi-layered performance as Ava Vitali, mob princess gone crazy. In her reel, Braun takes on Days‘ greats Peter Reckell, Kristian Alfonso, Mary Beth Evans and Stephen Nichols without even skipping a beat.

We know NATAS likes to award for playing crazy and dual roles, so Bree Williamson is a safe bet all day long. But we remember another crazy dual role nominee, Eileen Davidson as Kristen Blake/the Banks quadruplets, losing out to Cynthia Watros’ unhinged portrayal of Annie Dutton on Guiding Light. Williamson gave a strong performance as Jessica & Tess Buchanan-Brennan, easily being listed a "shoe in" by many of her fans. 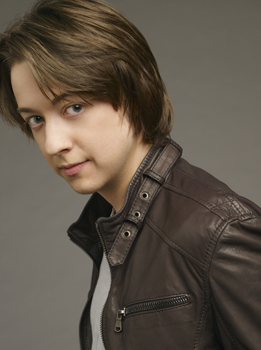 OUR TAKE: Jeff Branson only joined Guiding Light last December, but he’ll have the support of two soaps behind him. While the sheer numbers may point to Branson, we can’t count out Emmy Winner Jacob Young (who has numbers on GH and B&B).

We think that Bradford Anderson’s infamous character performance of mafia hacker Damien Spinelli will get him the trophy. Still, we think Vincent Irizarry deserves the win. He kept the heavily nominated All My Children moving last year with his return as dark doc David Hayward. 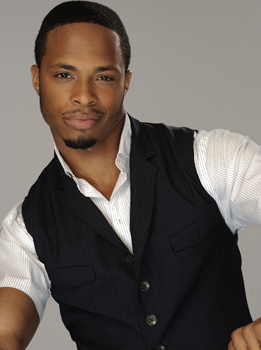 Simply put, Cornelius is Judy Blythe Wilson’s best pick of 2007. Introduced as "Quentin," it was eventually revealed that Quentin was actually Frankie Hubbard, the son of daytime’s first African-American supercouple Jessie & Angie Hubbard. Smith held is own against Darnell Williams & Debbi Morgan, effortlessly portraying the pain and confusion of a son seeing his long-thought dead father after 20 years.

Darin Brooks is also a strong contender. The actor submitted a very strong reel, that just might be enough to pull out the win. And it would be fitting, seeing as how he did his best work during his last year on the show. 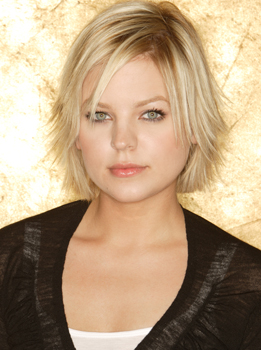 OUR TAKE: This one is a toss-up. Storms’ reel was rather short. She was robbed last year with her scenes from Georgie’s funeral. Hell she didn’t even get nominated for the Emmy she should have won! Still, she was daytime’s best younger actress in 2008.

However, Rachel Melvin’s performance from a hospital bed trying to save her father’s life was layered and powerful. And NATAS loves to award actresses in this category when they’re leaving their shows as Melvin did this year. Will Melvin spread her wings with a golden statue in hand?

Don’t count out Julie Marie Berman, either. Berman offered up a complex performance as Lulu during her character’s mental breakdown after killing her ex-boyfriend. Playing opposite Genie Francis can’t hurt you either. Just ask Jonathan Jackson and Tony Geary.

This August marked Kirsten Storms’ 10th anniversary as a daytime soap star. We’re sure the voters won’t take that into consideration, however it would be fitting to see Kirsten walk out with a well deserved Emmy this year.

Days of Our Lives, NBC

OUR TAKE: Coming off of a controversial year, Days looks to win its first Daytime Emmy in 31 years. And the plane crash episodes they submitted could be just the ticket. But don’t count your Emmys yet, Days. All My Children, this year’s most nominated show, could have this whole thing wrapped up with their CGI tornado episodes. In head writer Charles Pratt’s triumphant return to daytime, Babe’s near death sacrifice during the tornado could be what gets him back up on the stage like the old GH days. Pratt knows what we know. Emmy likes special effects. He and former co-head writer Bob Guza employed that concept ad nauseam to gleam Emmy Gold in the past. Still, there’s Storm’s suicide on The Bold and the Beautiful to contend with. The powerful subject matter sometimes lost its way in preaching, but it’s still something to contend with.

OUR TAKE: The Bold & the Beautiful should win for sheer guts. Storm’s suicide was the kind of subject matter not usually seen in daytime. Though Katie received Storm’s heart, the writing was hampered at times and getting a little too preachy.

One Life to Live‘s "Who Wants to Be Shane Morasco’s Father?" was cheeky and disappointing, especially since it came from last year’s winning writing team.

General Hospital submitted Michael’s shooting, which, from that one episode, GH has gotten a year and a half of story from. However the episode doesn’t hold a candle to what the other shows submitted.

All My Children may just win for Charles Pratt’s return to Daytime with the "Lion King Birth" episode where Zach delivers Bianca’s baby in the middle of a tornado. Plus, All My Children is Emmy’s darling this year, with 19 nominations going into Emmy night. A betting person would choose AMC, we’re pulling for B&B.