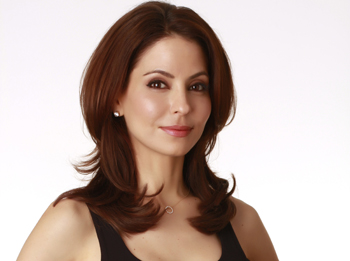 Olivia’s secret may have to be revealed to save her son’s life.

{xtypo_alert}Discuss the latest happenings in daytime, primetime and entertainment by joining the our Message Board Community!
We’re also available on Twitter! Follow us to receive news, spoiler and gossip alerts.{/xtypo_alert}

While enjoying the carnival, Jason and Sam begin to re-connect with each other. Sonny and Olivia run into each other and reminisce about their time at the amusement park on Coney Island. Nikolas clashes with Ethan and push each others buttons. Nikolas challenges Ethan to tell Rebecca that he’s only out for revenge and nothing more.

Terror strikes the carnival as a drugged Edward suffers a heart attack while driving his car. The car crashes through the carnival leaving destruction in its wake. Elizabeth, Lucky and Jason search feverishly for Jake, who is missing; they find the child and he’s unconscious. Jason asks Sam to stay with him while they all wait to hear about Jake’s condition.

While Max lays unconscious, Diane reveals her true feelings for him. Alexis learns Kristina is among those who are still missing. Lucky and Elizabeth receive word about Jake’s condition. Nikolas is there and reaches out to Elizabeth. Jason sees Nikolas and Elizabeth sharing a passionate kiss and is concerned. Kristina is discovered in the carnival wreckage by Michael. Diane hears good news about Max, but Max confides in Milo that he cannot feel anything ‘down there’. Edward is devastated to hear he is to blame for the accident.

SECRETS MUST BE EXPOSED

After Dominic is injured saving Morgan at the carnival, Olivia has to face the fact she may have to reveal her secret to save her son’s life. Olivia learns Dominic may need an organ transplant and struggles with telling Sonny the truth. Olivia talks privately with Dominic about telling Sonny and Patrick overhears her secret. Later, Patrick tells Olivia he knows Dominic is Sonny’s son. Claudia interrupts just as Olivia is about to tell Sonny her secret.

Anthony puts his son in danger when he orders his men to start their reign of violence against Sonny. Johnny is severely wounded when he saves Spinelli from gunfire. Edward admits to Robin it was Andrea who murdered Brianna. Andrea mission is accomplished as she succeeds in drugging Edward. Michael remembers Claudia apologizing to him after he was shot. Sam and Jason have a heart to heart talk. Elizabeth tells Nikolas they cannot act on the feelings they have for each other. Lucky has a surprise for Elizabeth. Kristina is being manipulated by Keifer.

Anthony orders his men to start their reign of violence against Sonny, unaware he’s placing Johnny in danger on Tuesday, September 8.

Robin finds the vial of Digitalis among Andrea’s effects on Thursday, September 10.

Jason is unsettled about seeing Nikolas with Elizabeth as he’s worried about how it could affect Jake down the road on Friday, September 11.

Claudia vows revenge against Anthony. Olivia learns her secret is safe for now. Michael turns to Sam for help. Sonny and Claudia agree that Anthony needs to die. Nikolas and Elizabeth act on their feelings. Dominic almost blows his cover with Lulu. Jason and Sam are in for a surprise. Nikolas offers Elizabeth his bitter congratulations. Spinelli and Maxie are getting a case of cold feet. Michael confronts Jax with his suspicions. Olivia warns Johnny not to trust Dominic. Elizabeth can’t get her mind off Nikolas. Sonny tests Dominic’s loyalty. Elizabeth’s jealousy over Nikolas and Rebecca flares. Claudia’s hurt when Johnny pushes her away.