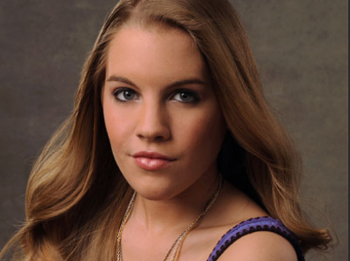 Starr and Hope are held hostage.

Todd may lose everything.

The drug undercover operation continues to go horribly awry when Sergei is determined to exact his revenge by kidnapping Starr and Hope. Shaun comes to the rescue and knocks Sergei unconscious but he is shot in the back. After Sergei regains consciousness, he gives Todd a beating. A wounded Shaun tries to prevent Sergei from leaving with Starr and Hope, but Sergei shoots him again and escapes with his hostages. John interrupts the mayoral debate to arrest Lowell, and fears the worst when Cole tells him he can’t reach Starr. John and Fish find the near fatally wounded Shaun and John performs CPR to keep him alive until paramedics arrive. Fish finds Todd bound and gagged, and Todd reveals that Sergei took Starr and Hope. Sergei allows Starr to call Cole from the abandoned warehouse where he’s holding her and Hope, and Fish is able to trace the call to determine their location. Sergei makes his demands very clear and warns Bo that time is running out for Starr and Hope. Bo, John, Brody and Fish set out to rescue the hostages. Brody makes his way to Starr and Hope, but is met with some unexpected resistance.

Rachel and Greg’s kiss forces her to examine her feelings and realize that she’s being unfair to Shaun to allow him to continue to believe they can have a relationship. Greg is at the hospital when Shaun is brought in with life threatening injuries. Rachel is with Tea when Todd calls to tell her what has happened to Starr and Hope and Shaun. Tea informs Rachel of Shaun’s condition, and Rachel rushes to the hospital, taking time to call Matthew along the way. Matthew prepares to break the bad news to Destiny. Although Shaun survives emergency surgery, Greg is deeply concerned by what Shaun’s X-ray reveals. Greg explains the severity of his injuries to Shaun and his parents, and Shaun give his permission for Greg to operate.

Blair and Ross return to Llanview and Blair hides him in the Cabana where he is almost discovered by Tea. Stacy fears her schemes are coming to an end when Rex insists she keep a prenatal appointment with her OB/GYN, but her latest pregnancy test is negative. Gigi finds the pregnancy test and shares her suspicions with Schuyler.

Monday, September 7: Repeat (Original Airdate 6/15/09). Blair and Tea admit Todd is the love of their lives, Dorian drowns her sorrows over losing Ray and winds up taking a swim.

Shaun heads upstairs to stop the other thug from taking Hope but ends getting shot in the back on Tuesday, September 8.

Tea breaks the news of Shaun’s shooting to Rachel on Wednesday, September 9.

Rex demands that Stacy keep her doctor’s appointment as planned on Thursday, September 10.

Sergei makes it clear to Bo and John that time is running out on Friday, September 11

John turns the tables on Sergei. Brody’s in dire straights. Stacy thinks things are finally going her way. Greg blames himself for Shaun’s condition. Marty’s ready to take the next step with John. Jessica shares her fears with Brody. John, Cole, Fish and Brody get their just rewards. Dorian makes a confession to Starr and Cole. David’s career in reality TV comes to an end. Blair hints to Tea that she knows her secret. Viki and Dorian prepare to battle it out. Jessica’s stalker sends another ominous message. Ross scrambles to hide from Todd. Jared fights off his mystery attacker. Fish summons the courage to come out to his parents.