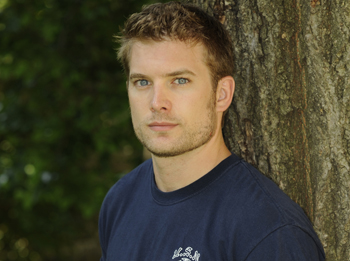 Jessica fears the worst after Brody is severely injured saving Starr and Hope.

Bo saves a gravely injured Brody from Vlad, while Sergei is fatally shot during a struggle with John. As Jessica watches the trauma team fight to save Brody, she fears history may repeat itself. Brody emerges from the crisis with an excellent prognosis for recovery, but Shaun is not so fortunate and remains in a coma. A devastated Greg tells his parents about Shaun’s condition and claims full responsibility. John is racked with guilt when he learns about Shaun. Marty is concerned for John and follows him home where they begin to make love. Bo “graduates” Brody from the Academy as a result of his heroism, and although Jessica expresses reservations, she agrees that being a cop is right for Brody. Cole, John, Fish and Brody receive commendations for their bravery.

Fish is grateful for Cris and Layla’s support. Fish considers the book “How to Tell Your Parent’s You’re Gay” that his friends gave him, but remains convinced that his parents would never accept him. Much to his dismay, his parents arrive for their visit a day early, and his father spots the book. Fish’s father presumes the book belongs to Cristian and makes bigoted remarks about his supposed lifestyle which pushes Fish to confess that he is gay.

Todd threatens to burn down the cabana when Jack informs him that Blair is hiding a man there. Blair covers nicely by persuading Chad, the swimming instructor, to pretend he is the culprit. Todd’s obvious jealousy over Blair’s liason upsets Tea, and she breaks their engagement.

Natalie and Jared receive a chilling message from the stalker, and later a bloody and bruised Jared shares that he was attacked at BE, presumably by the stalker, with Natalie, Jessica and Brody. Starr and Hope are reunited with their family. Dorian confesses that she tipped off Lowell about Cole’s undercover operation. Dorian decides to oppose Viki in the mayoral race, with David by her side as her campaign manager. Schuyler and Gigi suspect that Stacy is pregnant with someone other than Rex’s child, but Stacy guilts Rex out of making her take a paternity test. Cole asks Markko to be his roommate.

Jessica fears history is repeating itself as doctors try to save Brody on Monday, September 14.

Matthew reaches out to Destiny, lowering himself from his wheelchair to be able to hold her in his arms on Tuesday, September 15.

Bo holds a press conference to present Cole, John and Fish with medals of commendation on Wednesday, September 16.

Todd and Tea announce their engagement to a less than enthusiastic Jack and Starr on Thursday, September 17.

A bloodied and bruised Jared tells Natalie, Jessica and Brody that the stalker attacked him at Buchanan Enterprises on Friday, September 18.

Todd proves his love to Tea. Greg is haunted by his guilty conscience. Blair anticipates ruining Todd’s wedding day. The verdict in Matthew’s case is pronounced and Bo and Nora share another close moment. Gigi gives Rex an answer to his proposal. John grows suspicious of Jared. Viki advises Tea to be truthful with Todd. Blair can’t wait to blow Tea out of the water. Fish fears he’s lost his parent’s love forever. Tea tries to come clean with Todd. Dorian has a tempting offer for Ross. John believes Jared is hiding something. Blair’s eager to get her revenge on Tea. John sets out to solve the mystery of Jessica’s stalker. Ross considers bailing on Blair. Marty urges Fish’s father not to abandon his son, and Fish explains to Kyle why he decided to come out of the closet. Jared fishes for information from Brody about John’s investigation.