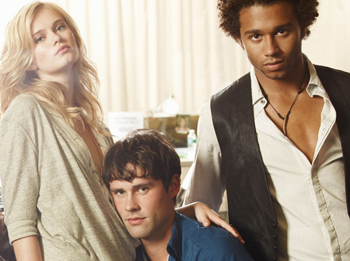 The CW has canceled The Beautiful Life: TBL. The first casualty of the fall season, TBL flirted with six-figures in the ratings game. 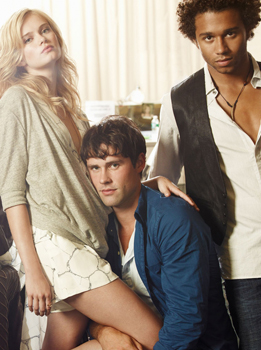 I hate to say "I told you so," but…well, who am I kidding? I told you so. The CW has canceled The Beautiful Life: TBL. The first casualty of the fall season, TBL flirted with six-figures in the ratings game. After averaging 1.4 million viewers in the premiere, the show only netted 1.1 million viewers for its second episode and only pulled in a 0.5 rating in the adult demo. That’s roughly a million viewers less than daytime’s lowest rated soap, As the World Turns, grabbed last week. The show has been pulled from the schedule effective immediately. Production on the series’ seventh episode was shut down on Friday.

This news comes on the heels of the news that the CW has greenlit two reality shows: Fly Girls follows the glamorous lives of flight attendants on Virgin America airlines; and the yet-to-be-titled Tinsley Mortimer docusoap follows the real life gossip girl through the Manhattan social circuit. These two reality shows will be ready for air in January.

The CW has announced that encore airings of the new Melrose Place will air in TBL‘s vacant slot (Wednesdays, 9 pm) after the network’s ratings darling, America’s Next Top Model. Melrose Place, which has been under a strong ad campaign all summer, has not performed as well as the CW expected. Debuting at 2.3 million viewers, the Melrose Place is hemorrhaging what viewers they were able to get in the show’s first week. In its second week, it dipped to 1.8 million viewers and Tuesday’s episode was seen by only 1.4 million. With a double-dose of the reboot like 90210 had last year, the CW is hoping Melrose may just find its audience, especially with the highly publicized return of Heather Locklear slated for November sweeps.

Fellow freshman drama, The Vampire Diaries, has been performing strong as it premiered to the highest ratings for a series premiere in the history of the CW, and the show is continuing to gain numbers in the adult demo, despite facing increased competition. The CW has given a full 22-episode pickup to veteran drama One Tree Hill and ordered the back 9 scripts for The Vampire Diaries and 6 more scripts for Melrose Place.

Soap fans will remember that Sebastian Roché (ex-Jerry Jacks, General Hospital) was cast on TBL prior to its cancelation. While his episodes were taped but will never make it to the air, Roche has announced on his Twitter page that he has just booked a recurring guest gig on Fox’s sci-fi thriller Fringe.