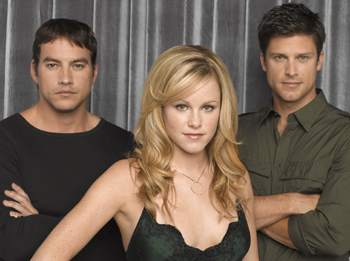 An surprise engagement party is thrown in honor of Lucky and Liz’s engagement. 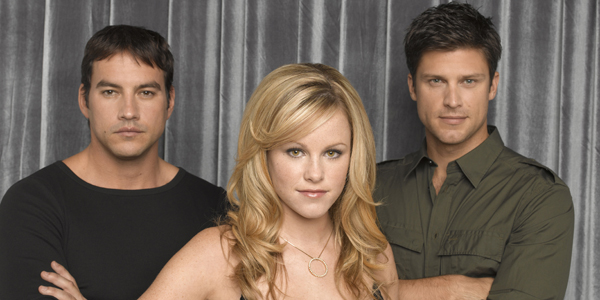 {xtypo_alert}Check out our GH Gallery for the week of 10/19 and our recent interviews with Megan Ward and Constance Towers!{/xtypo_alert}

I CAN’T MARRY YOU… WELL, MAYBE…

Nikolas and Elizabeth agree they need to stop seeing each other as it would hurt Lucky too much, but Elizabeth gets a surprise when she returns home. Though her intention was to tell Lucky she couldn’t marry him, she feels she has no choice but to go along with it when he puts together a surprise engagement party and announces to their friends and family of their plans to remarry. Helena continues to taunt Nikolas about his love for Elizabeth. Nikolas sends Helena to a hospital in Switzerland. Luke senses Elizabeth is hesitant about remarrying Lucky. Elizabeth goes and tells Nikolas she has decided to marry Lucky.

When Dominic rejects Claudia’s advances and calls her bluff, she threatens to tell Sonny everything. Dominic notices a unique graffiti signage that piques his interest and tries to remember where he saw it before. Jax tells Dominic he wants to see Sonny taken down at all costs. Dominic is unsettled by Jax’ insistence on poking his nose in the case against Sonny. Spinelli is asked to do research on the signage Dominic saw in the alley.

In the hopes of finding evidence, Jason and Sam go search a house at the address they found among Devlin’s things. While they are there, someone returns home and they end up getting trapped in the basement together. They come to the rescue of a pregnant woman who is in labor and rush her to the hospital. With the crisis averted, mom and baby are fine, Sam has time to reflect on the baby she lost. Jason reaches out to Sam as the connection between them grows stronger. Sam refuses to stop helping Jason in his investigation of Ian Devlin. With Robin and Patrick’s help, Jason hopes to find more evidence in Ian’s files a the hospital. Jason finally discovers the proof he needs to nail Claudia.

Jax worries about the secret he is keeping from Carly and confides his feelings to Alexis. Michael tells Jax he remembers Jerry visiting him while comatose, but then lies to both Carly and Jax, telling them the memory he had was nothing to worry about. Once Michael and Jax are alone, he asks Michael for the truth about Jerry’s visit. Michael has a memory of Jerry telling him details about the shooting.

Kate encourages Olivia to tell Sonny the truth before someone else does. Luke ignores Helena’s warning about Valentin. Kate approaches Dominic at Jake’s. Johnny pulls Olivia into a passionate kiss. Luke warns Ethan not to cross Nikolas. Johnny and Olivia act on their feelings and make love but agree to keep the fact they’re seeing each other a secret. Kristina admits to Michael that she had sex with Kiefer.

Dominic refuses to sleep with Claudia and calls her bluff on Monday, October 19.

Johnny and Olivia act on their feelings and make love on Tuesday, October 20.

Michael tells Jax he had a memory of Jerry visiting him on Wednesday, October 21.

With Claudia by his side, Sonny flexes his power in front of his associates in Puerto Rico on Thursday, October 22.

Jason finally finds the evidence he needs to nail Claudia on Friday, October 23.

Jonathan Jackson returns to the role of Lucky Spencer on Tuesday, October 27. Want to see what Jonathan (as Lucky) looks like after all these years? Click here for a sneak peek.

Jason contemplates his next move. Michael warns Johnny he now knows the truth. Patrick struggles with his decision. Sam encourages Jason to do whatever he feels is right.
Ethan clashes with Nikolas over Rebecca. Lulu learns Dominic’s secret. Luke witnesses something he shouldn’t. Jason drops a bombshell on Sonny. Johnny’s desperate to get to Claudia. Dominic’s relieved to realize his secret is still safe. Sonny plans quite a night for Claudia. Robin and Patrick wonder if they’re doing the right thing. Olivia tangles with Claudia. Sonny rips Claudia to shreds. Carly is in dire straits. Claudia makes a desperate move.