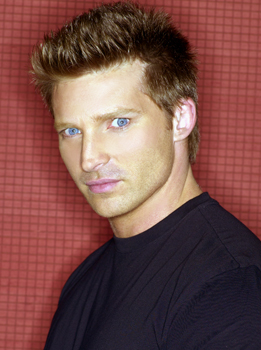 DISCOVERING TO THE TRUTH

Sam offers to help Jason uncover proof of Claudia’s involvement in Michael’s shooting. Sam is curious to see if the PCPD may have evidence in Devlin’s personal effects to prove Claudia’s connection to him. Olivia decides it’s time to tell Jason the truth about what she knows regarding Claudia’s part in Michael’s shooting. Spinelli is recruited to help Jason and Sam prove Claudia’s guilty. Sam, Jason and Spinelli learn there was a tape recorder found on Ian Devlin’s body. They wonder if the tape recorder could be the evidence that will prove Claudia’s involvement. Lucky catches Sam when she and Jason break into the police evidence warehouse looking for Ian Devlin’s personal effects.

Michael’s memories of Claudia keep happening and he loses his temper when he overhears his mother and Kristina talking about him. When Keifer comes to the house to pick up Kristina and Molly, Michael lashes out and a physical altercation ensues. Jax and Carly encourage Michael to remember what happened. Alexis learns of Michael’s outbursts and forbids him from spending time with Kristina and Molly, Carly is not happy to hear Alexis’ request.

Dominic names one of Sonny’s employees as the mole and he is ordered to kill him. Tommy is taken to an remote location by Dominic where he reveals to Tommy he is an undercover cop. Dominic offers Tommy a deal to work with the police before letting him go free. To get what he needs on Sonny, Dominic must wear a wire. After learning he’s been taken off the case, Dominic resigns from the police force, but still determined to take down Sonny.

After getting a negative result on a pregnancy test, Claudia puts the moves on Dominic. When he comes to her defense, Claudia is pleased. After making a blatant play for Dominic, Claudia tells Olivia to book her a suite at the Metro Court under an assumed name. Claudia summons Dominic to the honeymoon suite at the Metro Court. He is wired to get the information he needs against Sonny, while all Claudia has on her mind is seduction. After Dominic turns her down, Claudia tries to blackmail him into sleeping with her with she knows he is Olivia’s son. Sonny spots Claudia coming off the elevator from the upstairs hotel rooms at the Metro Court.

Claudia blackmails Olivia into breaking up with Johnny. Olivia tells Johnny she is still in love with Sonny and they need to end things. Johnny accuses Claudia of doing something to Olivia to ensure she break up with him, Claudia denies the accusation. Johnny pleads with Olivia not to end their relationship, but she sends him away. Sonny learns of the break up and confronts Olivia.

Nikolas confides in Robin about his feelings for Elizabeth, and she reminds him of all the reasons he should never be with her. Elizabeth leaves a note for Nikolas, which Lucky comes close to finding. Carly thinks she’s come up with the perfect name for her unborn daughter. In Greece, Luke, Lulu and Ethan need help and Nikolas comes to the rescue. Helena warns Nikolas that Vlad Cassadine poses a threat to all of them. Sam goes with Kristina to get birth control pills at the health clinic, even though Sam disagrees with Kristina’s decision to have sex. When a friend’s old flame encounters Patrick, he immediately connects with her. Robin get’s held back at work, so Patrick and Louise head to Jake’s for karaoke night without her. Robin’s romantic evening for her and Patrick doesn’t go according to plan.

Michael loses his temper when he overhears Carly and Kristina talking about him on Tuesday, October 6.

Dominic is told he needs to wear a wire in order to get the goods on Sonny on Wednesday, October 7.

Patrick connects with Louise, the friend of an old flame on Thursday, October 8.

Lucky catches Sam when she and Jason break into the police evidence warehouse on Friday, October 9.

Olivia sticks to her guns when Johnny wants answers. Sam talks herself out of a tight spot. Claudia spins a story for Sonny. Carly faces a crisis. Michael remains tortured by his memories. Claudia’s determined to get what she wants. Jason puts the heat on Claudia. Dominic realizes what Claudia’s really up to. Kristina makes a life changing decision. Sam and Jason endure a case of mistaken identity. Luke questions Alexis about the latest Cassadine threat. Anthony still poses a threat to Sonny. Claudia pushes Olivia to her breaking point. Helena stirs up trouble for Elizabeth. Jason gets a step closer to uncovering the truth.