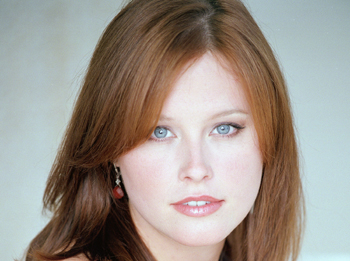 Although Todd initially rebuffs Blair’s revelation that Tea and Ross are man and wife, he recalls some of Tea’s early almost admissions and slowly accepts the truth. Meanwhile Tea comes face to face with Ross at Dorian’s. Tea tries to get to Todd to come clean, but she’s too late and Todd lets her have it with both barrels. Tea explains that she believed she and Ross were divorced, and Blair must have tricked them, but Todd is unrelenting and won’t forgive her for lying in the first place, then shuts her out of the house, slamming the door in her face. Ross reveals that Tea has an even bigger secret dangling. Tea and Blair have a huge blowup during which Tea lets slip a surprising admission, just before Blair takes a tumble through a window. At the hospital, Blair’s family learns her injuries aren’t life threatening, and Blair asks to speak with Todd because there is something she needs to tell him.

Realizing that Jared appears to be guilty of murder, Natalie tries to sidestep John and go directly to Bo, but Brody tattles to John after seeing the stalker’s body. John hits the redial button on the stalker’s phone, and Jared’s cell rings. The evidence against Jared appears irrefutable, and John brings him in for questioning. Jared insists he’s being framed, but John isn’t finding anything to back up Jared’s claims. Charlie is very concerned after he talks with Jared. Natalie and Todd discuss their differing standards of loyalty when Natalie insists she stands with Jared no matter what, and questions how Todd can be so cavalier about putting Tea out of his life. Later Jared tells Natalie there’s something he must confess, but John interrupts.

Matthew remains determined to have the surgery, even though Greg refuses to operate. He later blindsides Bo and Nora when he tells them he’s found another doctor, and his surgery is scheduled for the next day in Seattle. David throws a wrinkle in Dorian’s campaign plans when he refuses to pretend to be gay. Amelia arrives at Dorian’s, looking for a job, and Dorian quickly revises her scheme. David suspect Amelia’s motives, and Amelia makes a cryptic call to Kyle’s boyfriend, Nick. Markko tells Langston he accidentally taped them making love, and when his parents visit, he compounds that mistake by playing the sex tape instead of his school project for his parental viewing pleasure.

Natalie and Jared both realize he looks guilty of murder onMonday, October 5.

Todd confronts Tea about her marriage to Ross on Tuesday, October 6.

David suspects that Amelia is up to something and Amelia makes a cryptic call to Nick on Wednesday, October 7.

Fish shares his suspicions about Nick with Kyle on Thursday, October 8.

Blair makes quite an entrance at Dorian’s press conference when she tumbles out the window while arguing with Tea on Friday, October 9.

Tea dodges a bullet. Ross is a man on a mission. Nora pleads with Greg to perform Matthew’s surgery. Todd wants answers from Tea. Fish reaches his breaking point with Ross. Stacy fuels Rex’s anxiety about Gigi and Schuyler. Dorian questions Blair’s feelings for Ross. Natalie asks Marty to try and get John to back off of Jared. Schuyler refuses to sink to Stacy and Kim’s level. Brody makes an unsettling discovery. Jared admits to Natalie that he knew Jessica’s stalker. Jared goes missing. Bo and Nora pull a fast one on Matthew. Blair’s anxious to get her memory back. Matthew learns what his future holds. Natalie hopes Jared isn’t as guilty as he seems.