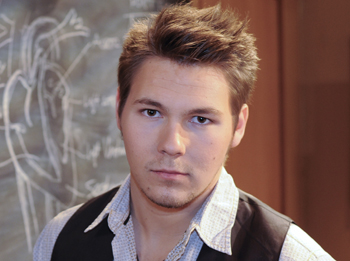 While Rex is away, Schuyler and Gigi play.

Tea manages to keep Ross from speaking to their daughter, and they both get an unpleasant shock when they find Todd and Blair just about to make love. In order to keep her secret safe, Tea is forced to go along with Blair’s story that she and Ross have been working together to scam Todd out of his fortune. At the boarding school, Matthew is attracted to Danielle, but neither realizes they both have connections to Tea. Todd, Blair, Jack and Sam enjoy family time at the Halloween party, as they compete with Gigi, Schuyler and Shane for best costume honors. Blair is making the most of her time with Todd. Tea confides in Rachel about why she didn’t come clean with Todd. After telling Ross he knows where his daughter is, Eli unsuccessfully tries to prevent Ross from going after Danielle, but Ross takes off.

WHOSE WEDDING IS THIS ANYWAY

Nick sees that Kyle has reservations about their wedding plans, and offers him a way out, but Kyle chooses to go through with it. Fish is devastated and shares his feelings with Layla and Cris. Cris and Layla have a lot to say about Fish and Kyle, but it’s obvious they’re really discussing their own dilemma. Later Layla reaffirms she can’t be with Cris because of Evangeline, and tells him that she’s going to move out of the apartment. Fish tells Kyle how he feels about him, and asks Kyle to hang in there, but Kyle won’t. Later Roxy is brutally honest with Kyle when she tells him that he’s making a huge mistake and that he belongs with Fish. Meanwhile, as Dorian plans to marry Amelia she struggles with her feelings for David. Starr and Langston and Cole and Markko are in disagreement about Dorian’s wedding, but the guys surprise their girls when they show up at the wedding. Kyle is touched when Fish stands up to a mob of angry protestors and announces that he’s gay.

Viki tells John that Jessica received a phone call from Nash, and John and Fish find evidence that it really is Nash’s voice. John’s frustration increases when Natalie refuses to tell him where she is or what she’s up to. Rex and Natalie check into the Lakeside Inn to question the staff about Jared. They uncover evidence on the computer they were told Jared used that sends them to Napa. John’s lead on Rex and Natalie winds up a dead end. Brody’s sister, Nadine, isn’t looking out for Brody. Jessica gets a call from Nash luring her to Napa.

Schuyler kisses Gigi, and Gigi admits she has feelings for him, but walks away. Destiny persuades David to go with her to London and rescue Matthew. Bo and Nora commiserate over Matthew’s rejection and ignition leads to combustion as they share a passionate kiss.

Matthew is clearly smitten with Danielle on Monday, October 26.

Couples, who yearn to be together but can’t, lose themselves in their fantasies on Tuesday, October 27.

Shane, disappointed that Rex can’t go to the Halloween costume party with him and Gigi, convinces Schuyler to take Rex’s place on Wednesday, October 28.

Todd, Blair, Jack and Sam duke it out with Gigi, Shane and Schuyler for top honors in the costume contest at the Halloween party onThursday, October 29.

David can’t get Dorian off his mind and, meanwhile, Dorian regrets not telling David she loves him as she prepares to marry Amelia on Friday, October 30.

Nora responds to Bo’s declaration of love. Fate keeps David and Dorian apart. Rachel tries to let Shaun down easy. Rex is lured into a trap. John becomes alarmed when he realizes someone is deliberately trying to keep Rex and Brody away from Natalie and Jessica. Someone’s keeping an eye on Natalie and Jessica. Kyle and Fish wonder what’s next for them. Todd wants to know what’s really going on with Tea. Bo and Nora discuss their future. Kim sets her sights on Clint. John knows things aren’t what they seem. Bo and Nora make a difficult decision. Stacy torments Gigi. Jessica comes face to face with Jared. A drunken Gigi makes a play for Schuyler. Blair makes inroads with Todd.