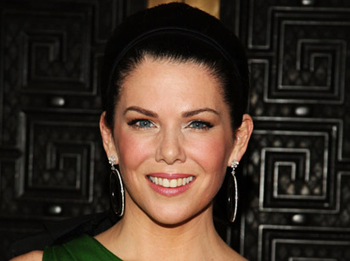 Lauren Graham has officially joined the cast of the upcoming NBC drama series Parenthood. Graham will take over the lead role played in the pilot by ER alum Maura Tierney, who had to drop out to focus on her cancer treatment. Helen Hunt (Mad About You) was in talks to replace Tierney but was unable to come to terms. Parenthood, based of the 1989 film of the same name, will premiere in early 2010. The series also stars Craig T. Nelson, Peter Krause, Erika Christensen, Dax Shepard, Monica Potter and Mae Whitman.

Graham is best known for her role as Lorelai Gilmore on the WB/CW dramedy Gilmore Girls from 2000-2007. In 2001 she was nominated for a Golden Globe for Best Actress in a Television Series – Drama. Earlier this year, the actress appeared in a pilot, The Bridget Show, a comedy that was to air on ABC; however the network chose not to pick up the show.