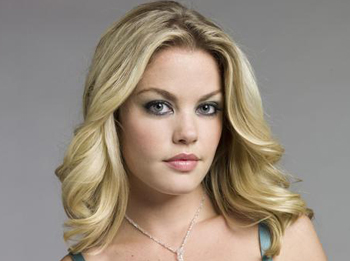 Jessica and other Llanview residents feel the wrath of Mitch Laurence!

EVIL HAS COME BACK TO LLANVIEW

Mitch Laurence continues to wreak havoc upon his offspring and other citizens of Llanview. His chilling letter is delivered to Jessica, leaving her shaken. Rex warns Stacy that she may become a target because she’s carrying Mitch’s grandchild. A well intentioned Schuyler sets out to expose that Stacy isn’t carrying Rex’s baby (or Mitch’s progeny), but he fails to follow through in fear of Gigi’s response. Rex tells Jessica he’s her bro. Roxy braves Natalie’s fury and reaches out to comfort her daughter. Jessica delivers the eulogy at Jared’s funeral and is stunned, along with everybody else, when Mitch plays Jack-in-the-box from Jared’s coffin. Mitch announces all charges against him have been dropped, but Bo and John promptly throw him back in jail. Mitch drives Charlie to drink. Dorian’s determination to honor her campaign commitments lands her in jail, in cell adjoining her former husband’s. Mitch makes thinly veiled threats to compel Dorian to get him released from jail. Viki tries to comfort Natalie at Jared’s gravesite, and Clint is livid when Mitch refers to Jessica has “his daughter”.

Danielle escapes from Child Services and takes refuge in Mathew’s hospital room, until Destiny exposes her. Todd insists he will be a father to his child, and makes his hatred of Tea clear. Tea isn’t going down alone, so she makes sure Todd knows that Blair was fully aware of her deception. David slips up but Kevin decides to keep a lid on what he’s learned about Bo and Nora. Kyle tries to make Fish more comfortable by telling him that he’s also nervous about their first “date”. Schuyler, Gigi, Nick, and Amelia mix it up with a homophobe at Rodi’s.

Claiming that Jared hired her before his death, Kim finagles her way into getting the job as Clint’s executive assistant on Monday, November 30.

Everyone gathers for Jared’s funeral on Tuesday, December 1

Mitch cryptically tells Rex they have plenty of work ahead of them on Wednesday, December 2

Blair sets out for Seattle after getting word of Todd’s arrest on Thursday, December 3

Tea and Todd look on helplessly as a dangerous Ross leaves the hospital with Danielle on Friday, December 4