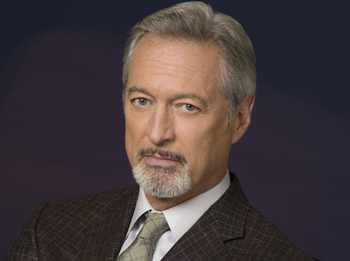 John threatens Mitch to stay away from those he cares about.

Natalie reacts badly to finding Kim in Jared’s office. Clint confirms that Jared hired Kim, and to make matters worse, Clint also breaks the news that Mitch will not be prosecuted for Jared’s murder. Natalie’s emotional strain is stretched beyond limits when she discovers the Christmas gift Jared was planning to give her. John threatens to kill Mitch if he hurts anyone John cares about, but Natalie isn’t one for mere threats and takes things a step further. John takes measures to protect Natalie from the consequences of her actions, and when she questions why, he explains that she’s suffered enough. Jessica and Rex go to the hospital to check on their father. Kim’s plan to snag Clint gets a boost when she overhears Nevil telling Nigel about Bo and Nora. Kim begins to think of ways to get Nevil to spill the beans to Clint.

Marty contacts John after a bloodied Nick seeks medical assistance in the emergency room and informs her he was the victim of a hate crime. Kyle stays with Nick while John and Fish pursue the attackers. Fish returns to inform Nick that the thugs were apprehended and are in jail and he also witnesses a close moment between Kyle and Nick. Kyle promises to stand by Nick while he recovers from his injuries, and Nick later identifies his attackers in police mug shots. Fish assures Nick that his attackers will spend a long time in jail. Blair becomes Ross’s hostage when she pulls into the garage as Ross is trying to escape with Dani. Blair manages to remove the portable GPS device from her rental car and conceal it before Ross ditches the car and steals another. Ross discovers the GPS, but Bo already has a bead on their location. The situation grows more intense when Ross, Blair and Danielle are trapped on a bridge before they can enter Canada.

Cristian and Layla make love for the first time. Cole, Starr, Langston and Markko have fun at the All-American Rejects concert at Ultraviolet on Monday, December 7.

Natalie brandishes her own form of justice when she encounters Mitch in John’s office on Tuesday, December 8

Charlie is in a bad way as he blames himself for Jared’s death and continues to drink on Wednesday, December 9

Kim’s wheels start to spin when Nevil explains that Clint would only believe Nora is cheating on him if the news came from Nigel on Thursday, December 10

Rex and Gigi face some hard truths about their relationship and Schuyler confides in Rachel that he’s the father of Stacy’s baby on Friday, December 11