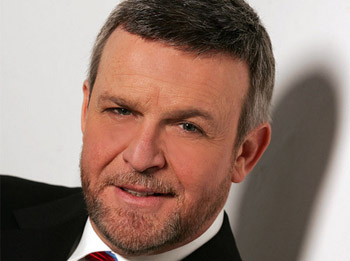 Alan vows to take back Springfield if it’s the last thing he does.

Mel wakes up a hung-over Bill. She tells him that by drinking, he is looking like he is guilty. Mel and Bill discuss his options. Mel advises that if Doris offers a deal that maybe Bill should take it. Together they go to meet Doris. Doris drops a bombshell. All charges will be dropped as all evidence against Bill was burned in the fire. Bill is stunned. Bill suddenly realizes that Dinah set the fire to protect him. Bill tells Dinah that he feels closer to her. Bill vows never to distrust Dinah again. Alan is angry at Doris since Bill can’t be tried for Lizzie’s kidnapping. Alan tells Alexandra that he wants his power and his respect back. Alan vows that the residents of Springfield will once again view him as their hero. He will take back Springfield, if it is the last thing he does. Bill still doubts himself. Dinah reassures Bill that he is innocent and he should look at this as a new beginning, a New Year. Bill goes to the Towers on New Year’s Eve and sees Lizzie. Lizzie tells Bill that she heard the good news. At the stroke of midnight, the couple ring in the New Year with a kiss.

Reva asks Shayne to be the godfather to her and Jeffrey’s new baby; Shayne says he will consider it. Mallet tells Shayne that he has to take him in. Mallet then pushes Shayne into a crowded room. Doris presents Shayne with the medal for bravery. Shayne is taken aback by all the attention. Reva makes mention of her chemo and Shayne makes a decision. Shayne tells Reva he will be the godfather of her and Jeffrey’s baby. Josh and Reva share a moment when they wish each other a Merry Christmas. Later, Shayne pulls out a photo of a beautiful woman. He takes out his medal and throws it in the water. Dinah comes to see Shayne. Dinah wants to spend New Year’s Eve with Shayne but he pushes her away. Marina sees Shayne and comments on what a jerk he has become. The two reminisce. Dinah returns. Shayne tries to close the door in her face but Dinah pushes past him. Shayne impulsively grabs Dinah and pulls her into a steamy kiss.

Coop is determined to see Beth and Buzz tries to dissuade Coop from going to the Spaulding mansion. Coop tells Buzz that he has to return Beth’s coat and that he can handle Buzz. Alan asks Beth to remarry him. Beth is stunned and tells Alan that she needs time to think. Coop arrives and tries to persuade Beth to tell Alan it is over. Alan surprises Coop and tells him about the marriage proposal. Alan describes their future together. Beth slips sleeping pills into Alan’s drink. Coop pours his heart out in his book. Lillian confronts Beth about Coop and warns her that Coop cannot take Phillip’s place.

Grady gives Ashlee his number and promises to be there for her if she ever needs him. For Christmas, Daisy gives Grady a leather jacket. Grady gives her a gold key with diamonds. Natalia is happy that the Christmas tree sale raised enough money to pay for a lawyer for Rafe. Alan brings Emma a gift with the card signed Love Grandpa and Daddy. Olivia is furious with Alan for confusing Emma. The manager of Towers offers double wages if she would work New Year’s Eve. She agrees, but Olivia doesn’t want her too. Natalia decides to spend New Year’s Eve at home with Olivia and Emma.