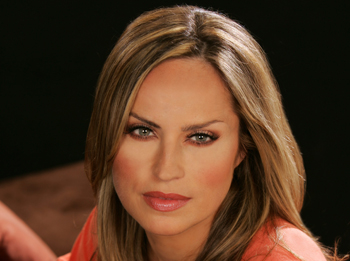 Olivia and Natalia deal with the fallout of Emma’s presentation.

{xtypo_sticky}Alan catches Beth and Coop in the act.
Bill’s memory comes rushing back to him.
Shayne fears Edmund’s wrath.
Olivia and Natalia deal with the fallout of Emma’s presentation.{/xtypo_sticky}

The Book of Love

Beth is upset that Coop’s book has been published and orders him to pull the book. Coop agrees, on one condition. She has to read it. Beth informs Coop that the fairy tale ending he wants will never happen and she throws the book away. Alan tries his hardest to persuade Lizzie to close down Company. Lizzie notes how similar Alan and Phillip really are. Lizzie runs into Cyrus who questions her about what her decision regarding Company will be. Lizzie wants to know why he is working with her. At Company Lizzie sees Beth with Coop. When Beth throws the garbage out, Coop’s book flies out and Lizzie grabs it. Lizzie tells Alan her decision about Company. Later, Lizzie tells Cyrus her plans and kisses him. Beth and Coop are alone at Company and begin to make love. On his way to a meeting with Olivia, Alan spies Beth and Coop. Lizzie fires Cyrus when he won’t have sex with her. Lizzie hires Cyrus back when she needs him to follow Coop and to possibly run him out of town. Alan is in a rage and suggests that he and Olivia go to her place to meet. After making love, Beth decides that she wants to leave Alan, but still keep her relationship with Coop under wraps to spare Alan any humiliation. When Alan is with Olivia, he asks her what her relationship is with Natalia and explodes in anger and reminds her that appearances are everything. Beth goes home to speak to Alan, Alan is furious. As she walks in the door, he picks up a sharp letter opener….

Bill tells Billy of his plan to find Phillip. Lost, hungry and tired, Bill is kept going by thoughts of Lizzie. Bill finds a shack, hoping to find Phillip inside. It’s empty. Bill searches for food and water. Phillip finds a picture of Phillip and Lizzie. Bill sees someone and races after him. Bill trips and falls, hitting his head on a tree. Someone pulls Bill to onto a gurney and brings him back to the shack. When Bill wakes up, he goes to the door and sees Billy approaching. Bill shows his father the picture he found. Bill tells Billy he thinks that Phillip kidnapped Lizzie before he passes out. Billy calls Rick who thinks that Bill has food poisoning. Rick tells Billy what to do. Bill hears clinking dog tags, similar to the ones that Cyrus and Grady wear. When Bill awakes, he is ecstatic to discover that his memory has returned! He is positive that he didn’t kidnap Lizzie and he wants to go him and be the man that Lizzie wants and needs.

Dinah tries everything to stop Shayne from jumping off the roof, including pretending to slip off the side to divert him. It works. The two go to the hospital and Dinah pleads with Shayne to stay with her. Reva, Josh and Jeffrey don’t believe that Edmund is Lara’s father. Edmund describes meeting Lara for the first time. When Lara told Edmund she was engaged to Shayne Lewis, Edmund began tracking Shayne and discovered Lara had died. Edmund claims he can prove it. Josh calls Shayne to tell him about Edmund’s claims. Edmund vows to talk to Shayne so he can learn more about Lara. Shayne wants Edmund to prove to him that Lara was his daughter but Edmund only knew her a short time. Shayne tells Dinah that he is sticking around Springfield for a while because he has to protect his family from Edmund.

Olivia realizes Christina was also under the impression that she and Natalia were a couple. Natalia and Frank plan their second date and she impulsively kisses him. Alan calls Olivia and is upset by Emma’s My Two Mommies project. Natalia suggests that Olivia move out if everyone keeps fighting over their relationship and Olivia yells at Natalia. Lizzie prepares for an important investor meeting. Lizzie tells Cyrus she will never mix business and pleasure again. When Cyrus arrives at the meeting with Lizzie, Alan is not pleased.