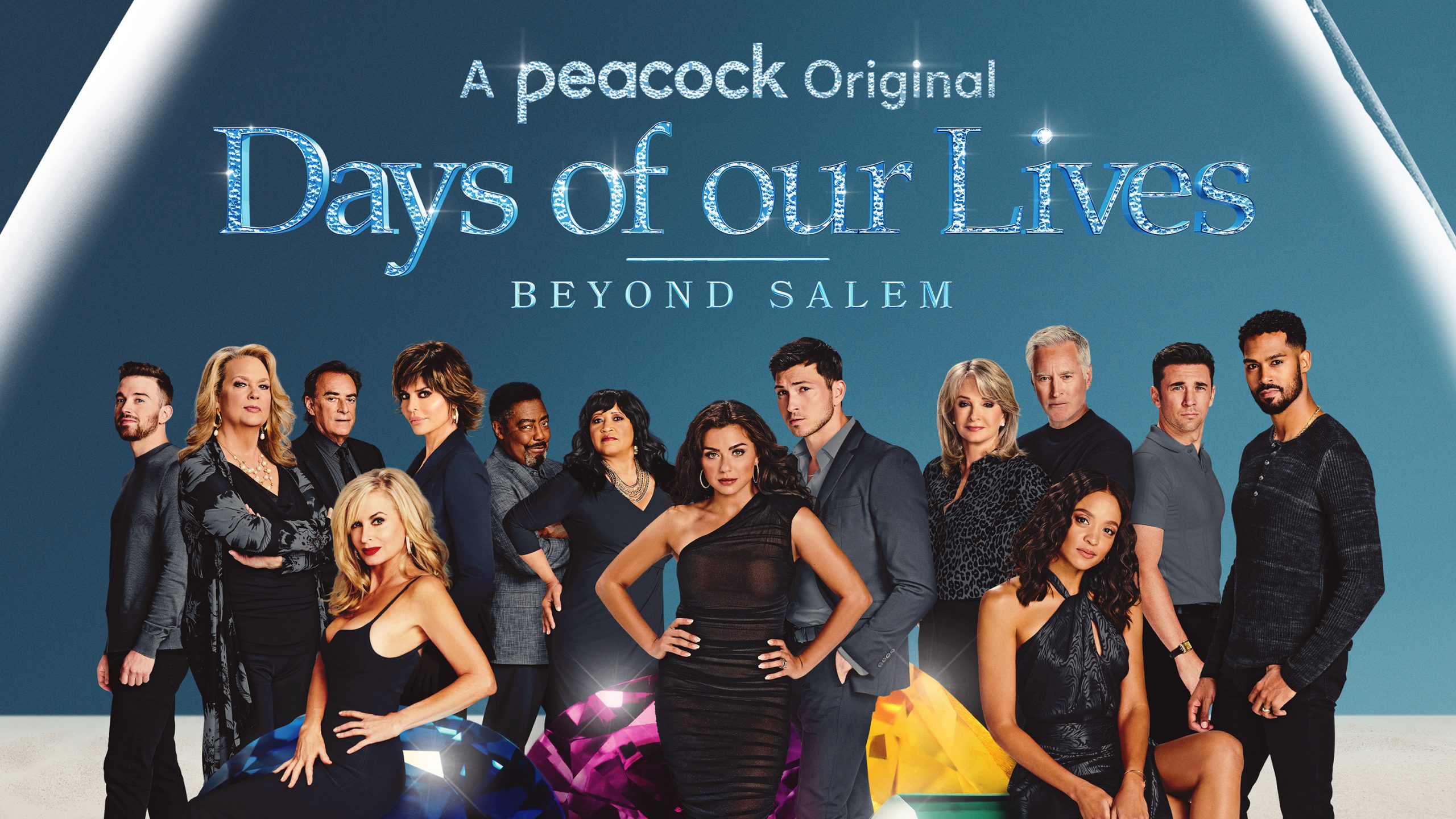 Peacock released the official trailer for Days of our Lives: Beyond Salem in anticipation of the weeklong special event beginning Monday, September 6.

The trailer reveals a peek of the sexy adventure in store for our globe trotting heroes with glimpses of betrayal, steamy hookups, romantic journeys and mysterious intrigue!

Also revealed is Charles Shaughnessy’s epic reprisal as Shane Donovan. Shaughnessy became widely known for playing the character on Days of our Lives from 1984 to 1992. Jackie Cox (“RuPaul’s Drag Race”), the iconic Canadian drag queen famously known for her Lisa Rinna impersonation, will also guest star in the limited series.

New episodes will drop daily culminating with the limited series finale on Friday, September 10. All episodes will be available to stream for free.

Over a long weekend, John & Marlena travel to Zurich, Ben & Ciara have a romantic getaway in New Orleans, Chad visits some old friends in Phoenix, and Abe, Paulina, Lani, and Eli vacation in Miami.  All find themselves embroiled in a mystery involving stolen jewels which, in the wrong hands, could cause dire consequences for Salem.  It’s a race against time for ISA agent Billie Reed as she crosses the globe in search of this missing treasure. Packed with all the romance, action, drama, and surprises that only Days of our Lives can deliver, fans will spend a week with their favorite Salem supercouples and reconnect with many familiar faces along the way.

Days of our Lives: Beyond Salem is produced by Corday Productions in association with Sony Pictures Television. Ken Corday is the executive producer with co-executive producer Albert Alarr. Ron Carlivati serves as head writer.