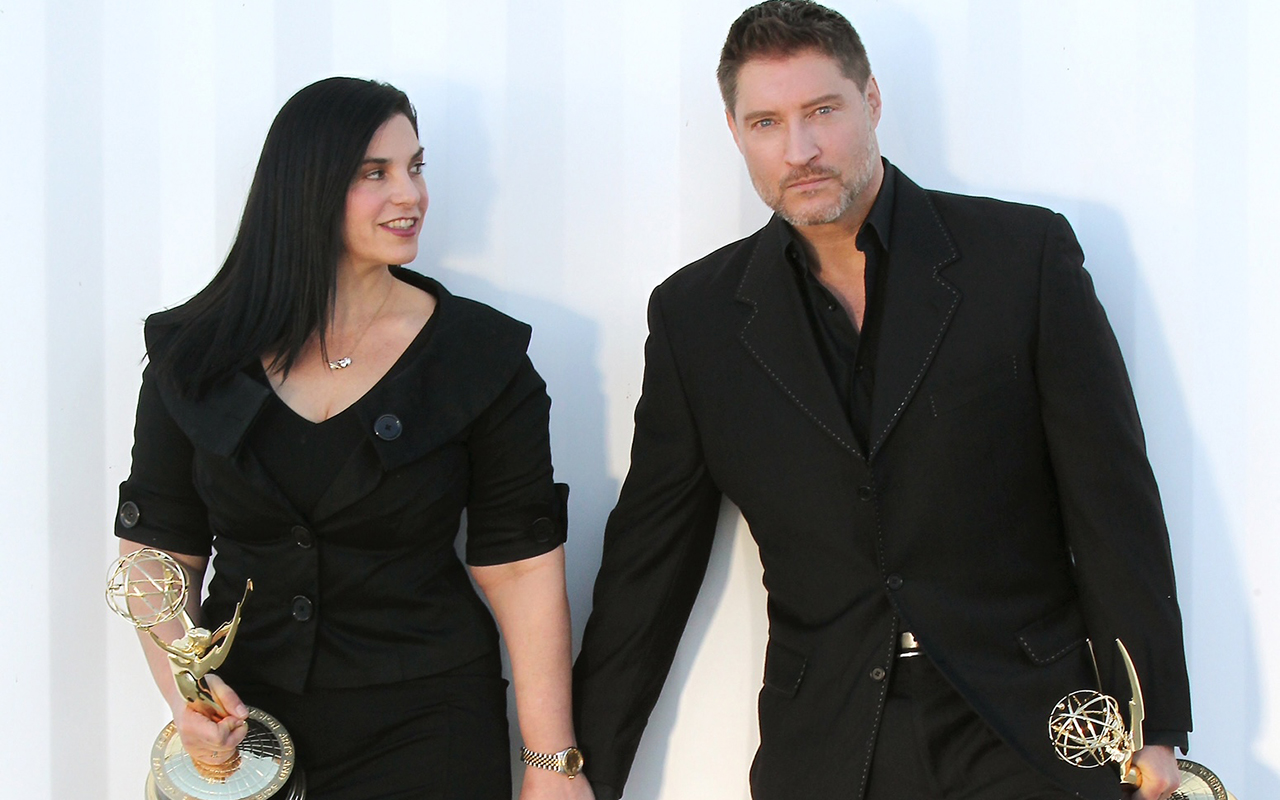 With Studio City, Sean Kanan, bad boy of soaps and karate, gave us a glimpse of the future of soap operas. Kanan and his phenomenal cast and crew took everything that is great from the genre and created a template for what soap operas should aspire to evolve into. When you first see the episode lengths in season 1, they may give you pause but as you watch the episode and realize that there is no filler and all meat, you find yourself so immersed in the wonderful storylines that you want more but don’t feel at all shortchanged.

Season 1 received a jaw dropping 16 Daytime Emmy nominations and took home 3 wins! They also got 11 Indie Series Awards nominations with 4 wins and swept all 5 categories they were nominated for at the LA Live Film Festival and all of that was just for season 1! Pretty good first outing for what Kanan terms “a little engine that could”.

Hearts on Fire is led by producer Gloria Winton (Carolyn Hennesy) who butts heads with Sam over his new contract and storylines on the show while running roughshod over her cast and crew and especially, her assistant Jacob (Justin Torkildsen).

The amazing season 1 brought us all these wonderful characters and immersed us in their lives, giving us a real feel for them all. We followed Sam’s fight for his future on Hearts on Fire as well as finally getting his big break into movies, his entire family dealing with Doc’s illness and desire to stop treatment, and his own conflict over what his mother revealed to him about his own paternity and the possibility that he may have fathered Delilah. We saw Max’s fears for his transgender support group and if he was the right leader for them after tragedy struck and Christina’s fight to not just be a supporting actress to leading men but to also lead her own stories on the show. All of this and more was in the 11-episode first season which is available on Amazon Prime. If you haven’t seen it yet, see it now! You will not regret it!

In the press release announcing season 2 of Studio City, Kanan said “I am unbelievably proud of STUDIO CITY and what we accomplished during season one. It was a project that, with the hard work of an ensemble of talented creatives, came to fruition and won the Daytime Emmy in 2021 for Outstanding Fiction Series. We are excited to bring you season two.”

We recently got to speak to Sean about the upcoming season 2 and this is what he previewed for us:

“In season two we see that Sam Stevens finally gets his big shot to be an action star in a film however, he encounters a little bit of resistance among the media who are a little concerned that Sam is a little long in the tooth for an action career at this stage of the game and Sam does not like that one bit. Sam is assigned a new publicist from the studio that’s doing the movie, played by the lovely Lilly Melgar and she’s fantastic.

We’re gonna see Justin Torkildsen, who had a much smaller part in the first season, has a much larger role this season which is great. We’re gonna see Carolyn Hennesy and Tristan Rogers back. Juliet Vega, who may or may not be my daughter, has some terrific stuff.

We also have a terrific actress named Natalie Burn who is in a great deal of the episodes, and she plays my costar in the action film. Her character’s name is Shelby Brock and there is a mysterious and seemingly nefarious character who is the head of the movie studio that is played by Will Roberts who is a terrific actor.

A lot of really good stuff in these 6 episodes. Phil Bruenn and Erin Soto are back again, and they are both terrific.

We played with a new narrative component where we’re doing interviews with the actors as their characters which adds a fun new little thing.

I’m really excited to see what people think of it. As always, we put our hearts and souls into it.”

“Created by producer, actor, and author Sean Kanan and Jason Antognoli, season two of STUDIO CITY is directed by Timothy Woodward, Jr. and written by the husband and wife producing and writing team, Michele and Sean Kanan along with Timothy Woodward, Jr.  Sean Kanan, Michele Kanan, and Timothy Woodward, Jr. serve as Executive Producers. Season two consists of six episodes” and will be available on Amazon Prime Video this week! Make sure to check it out and come back every week to read our episode recaps with exclusive comments from the cast and crew of the incomparable Studio City!

Production on season two of Heartstopper has begun. Joining the Netflix series are Leila Khan,…

The Midnight Club premieres on Netflix October 7. At a hospice for terminally ill young…

A new episode of Billy on the Street will premiere September 20. The series hosted…